Sanctorum Ecovillage is located on 40 acres of Sacred  Valley land in Colorado, due East of the great Tava-kaavi, which is an indigenous (Uto-Aztecan) name for the Sacred Mountain now famously known as Pikes Peak.

Less than 30 minutes from an active airport and from Colorado’s second-largest city, Sanctorum Ecovillage is conveniently located between Boulder, Crestone and Taos, New Mexico. 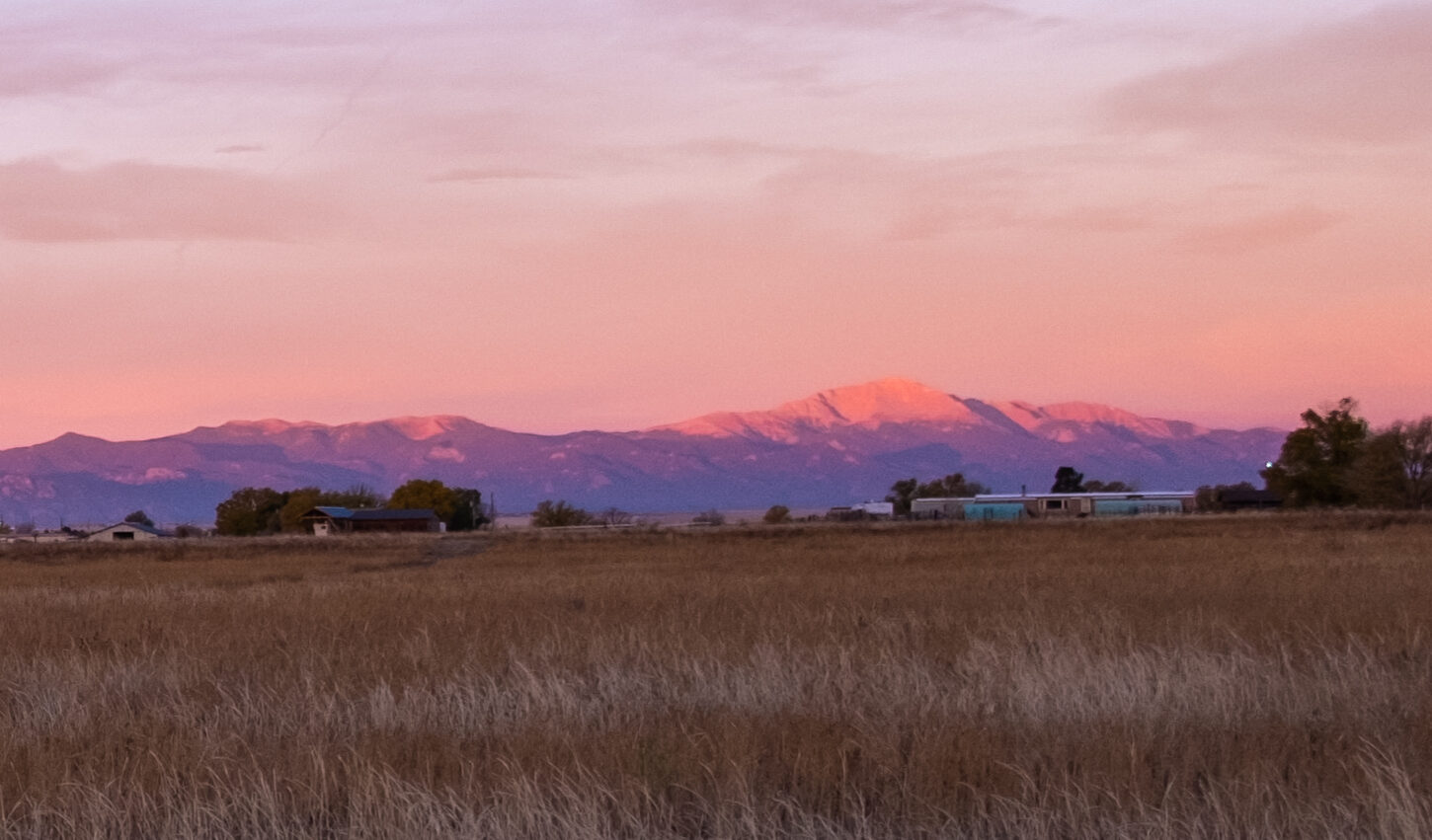 According to the ancient lineage of direct oral transmission, Tava-kaavi means “Mountain of the Sun”, mountain that touches Father Sky or mountain that holds up the heavens from whence the “the People” originally come.

The native traditions speak of incarnating from the stars above – and of the Creator placing them in sacred places like the summit of Tava-kaavi and Garden of the Gods at the beginning of creation.

Near its base, underground tunnel systems full of cavernous formations sprawl out from the Cave of the Winds portal, which, according to the Apache, is the home of the Great Spirit of the Wind.

In Manitou (or “Spirit”) Springs, rainbow-colored waterfalls, tall seven-stepped cascades with whirling pools of water in the cliffside and naturally healing carbonated wellsprings with flavorful mineral water all burst from the ground.

The legendary Garden of the Gods boasts an arrangement of standing monolithic stones the size of skyscrapers. Ancient petroglyphs have been found among the stones, as they have been an intertribal crossroads and sacred ceremonial pilgrimage site for many nations over thousands of years.

Less than 30 minutes from an active airport and from Colorado’s second-largest city, Sanctorum Ecovillage is conveniently located between Boulder, Crestone and Taos, New Mexico.